Unnecessary Risk with Serious Consequences Growing up with technology has been such a blessing in my life. In my experience, it makes life easier, communication is more streamlined, and has many redeeming qualities. However, I am not blind to the fact that while technology has helped so many, it has it’s drawbacks as well. I […]

“I think that it is difficult for me to stop texting and driving because I really don’t think about the consequences.”

While I do not tend to partake in texting and driving, I do occasionally glance at my phone or send a quick text at a stop light. Though, that was not the case yesterday. I was driving home from Orange Beach, Alabama from a girl’s spring break trip. I was driving with two friends in […]

March 2019: An age in which our phones can tell us how much screen time we use daily. I rarely look at this feature, but I decided to today. 9 hours and 33 minutes, on average, of my day is spent looking at a screen! I truly do not even know how that is possible. […]

”According to an AAA poll, 94 percent of teen drivers acknowledge the dangers of texting and driving, but 35% admitted to doing it anyway”. The National Safety Council reports that cell phone use while driving leads to 1.6 million crashes each year. Texting while driving is 6x more likely to cause an accident than driving […]

Don’t Text and Drive Is the message I’m about to read more important than my life?  This is question all drivers should pose to themselves while driving.  There are so many risk associated with texting and driving such as killing yourself, killing others, causing a car accident or just simply distracted by the conversation engaged […]

I’d Rather Not Just one question: Text and drive? Before screenshotting the last conversation I had while texting and driving, I was forced to stop and really think about the last time it happened, which is a good thing. In 2011, my oldest sister got hit by a car whose driver was texting and driving.  […]

Imagine it, you live at a lake town, it is 102°, no wind, and you about to have 5 days in a row off of work, could it possibly get any better? It definitely could not for me, but in one quick instant, it could have gotten unbelievably worse.  I had just gotten off work […]

The last time I texted while driving was today. I don’t do it often, but I did it today. At a red light I did what I think most people do at red lights. I pulled out my phone and went on Facebook.  While on Facebook I saw one of my friends selling a calf. […]

Texting and driving is so common in today’s society that it’s scary. Not only do people text and drive, but they “Facebook and drive,” Snapchat and drive,” and even tweet and drive. There is no text message in the world worth risking a life over. The people who are texting you should also understand this. […] 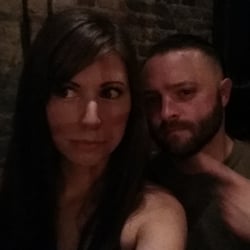 Desiree L.
San Francisco, CA
★★★★★
“I’m not surprised all of Matt’s reviews are 5 stars. In fact Yelp is how I originally found him after speaking with a few other lawyers who kept telling me my case was “too small.” I went to see Matt and explained my car accident to him and he jumped on the case immediately. He was really honest and made sure I knew what to expect every step of the way. He did all the talking with the other party and it was really nice to not have to deal with any extra stress as I knew I was in good hands with Matt. I sometimes spoke with his associate Dan Aguilar who was also very helpful. These guys know what they are doing there is no doubt about it. Matt took care of my case for over a year. We spoke frequently through email and I was always updated with the latest progress. We recently settled my case and Matt made sure all of my hospital, dr, acupuncture, chiropractor and physical therapist bills were paid for by the other party. I received a check on top of that and felt the amount was fair. He also settled another hiccup we had with my insurance. Matt is an absolute professional and he does his job well. I can’t recommend him enough. A++”
Read more reviews →
Do I have a case?
Find out for free!
*We will never share your information