March 2019: An age in which our phones can tell us how much screen time we use daily. I rarely look at this feature, but I decided to today. 9 hours and 33 minutes, on average, of my day is spent looking at a screen! I truly do not even know how that is possible. Phones are an item that are more attached to people now than ever before. Sadly, this includes when we drive. That is a scary thought, but it is the truth. Laws were made, tickets are given, and accidents happen around us all the time because people cannot disconnect from their phone. I went back to look at the last conversation I had while texting and driving and what shocked me the most was the mundane nature of this conversation.

If I had to give a reason why this text was important it is because I take pride in responding fast, especially to my parents. However, when I think about the risk that I took responding to my dad about being able to pick him up, it greatly outweighs the importance of our conversation. I felt the urge to take that risk because the reality of the consequences were not on my mind. I am ashamed to admit that I text and drive frequently. When I find myself in those moments, I am only thinking about the text or responding quickly to someone. I am not thinking about the ticket that could be given, the accident that could happen, or even worse, the life or lives that could end. It seems difficult for me to stop texting and driving because I tell myself that, “I am different,” in my head. My mindset is that I am good at multitasking. I believe I am ABLE to do both at the same time. Rarely do I ask myself, “SHOULD I text and drive at the same time?” The answer is unequivocally….“NO!” Multiple articles and research have proven that texting does affect an individual’s awareness and response time, no matter how “good” they are at it.

I have the ability to stop texting and driving completely and I have chosen to do so. I am  making a conscious effort to think about the consequences of my actions, as well as, what type of example I want to set for others. Recently, there were two events that solidified my decision to stop texting and driving. The first was this week while driving with my little sister, Kasey. Kasey is 14 years old and will be driving in two years. When we were going to the store together I reached down to pick up my phone to respond to a text when she said, “Don’t do that.” I inquired, “Why not?” She responded that it made her feel uncomfortable and nervous. In that moment I realized that I was not only responsible for her safety but, I was setting an example as well. I would never approve of sister texting and driving, because I never want to see her in harm’s way, yet I was setting an example to her that it was okay. I am motivated to be a better example to my friends and my family, showing that texting and driving is never acceptable. The second event that motivated me occurred last month while I was working in South Central Los Angeles, as an Emergency Medical Technician on an ambulance. We responded to a call for a traffic collision down the street from our station. When we arrived on scene there were two females in one car, and one male hanging out of the driver’s side door of the other car. The females were walking around in shock. The male was unresponsive, with no pulse and had definitive signs of death. The paramedic checked his heart rhythm and then called time of death. The women informed me as we took them to the hospital that they did not mean for the accident to happen, and that the driver simply went to check her phone after receiving a text. After witnessing the tragic results of this accident, I will not be able to pick up my phone in the car without thinking of this man lying out of his car, motionless and dead. Please join me in eliminating the terrible habit of texting and driving. No text is worth the risk. 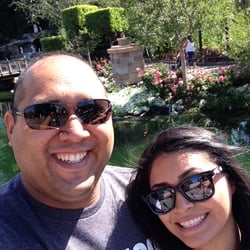 Johnny R.
Bakersfield, CA
★★★★★
Matt took the time to hear our story and was able to assist us with our case. I admire his integrity and his knowledge with regards to legal matters. I definitely recommend Matt and his law office for any personal injury needs!
Read more reviews →
Do I have a case?
Find out for free!
*We will never share your information