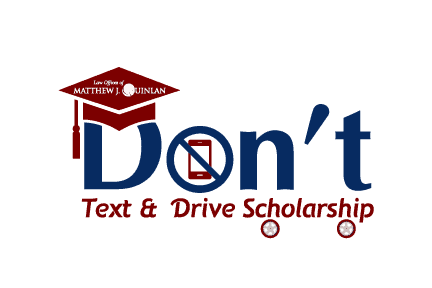 Twice a year, the Law Offices of Matthew J. Quinlan funds a $1,000 scholarship to help raise awareness about the dangers of texting and driving amongst college-aged students. Studies have shown that 18-24 year olds are twice as likely to be involved in a texting and driving accident than any other age group. Students between the ages […]

Unnecessary Risk with Serious Consequences Growing up with technology has been such a blessing in my life. In my experience, it makes life easier, communication is more streamlined, and has many redeeming qualities. However, I am not blind to the fact that while technology has helped so many, it has it’s drawbacks as well. I […]

“I think that it is difficult for me to stop texting and driving because I really don’t think about the consequences.”

While I do not tend to partake in texting and driving, I do occasionally glance at my phone or send a quick text at a stop light. Though, that was not the case yesterday. I was driving home from Orange Beach, Alabama from a girl’s spring break trip. I was driving with two friends in […]

March 2019: An age in which our phones can tell us how much screen time we use daily. I rarely look at this feature, but I decided to today. 9 hours and 33 minutes, on average, of my day is spent looking at a screen! I truly do not even know how that is possible. […]

”According to an AAA poll, 94 percent of teen drivers acknowledge the dangers of texting and driving, but 35% admitted to doing it anyway”. The National Safety Council reports that cell phone use while driving leads to 1.6 million crashes each year. Texting while driving is 6x more likely to cause an accident than driving […] 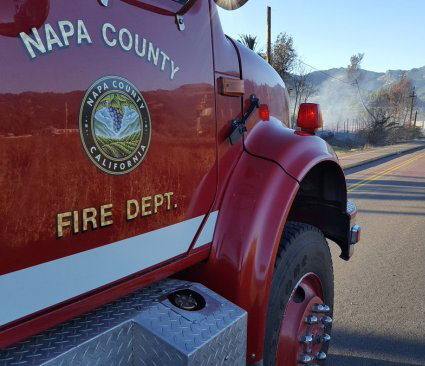 The North Bay is reeling as the “wine country fires” sweep through Northern California communities. It’s devastating. Tens of thousands of residents have been evacuated from their homes. Santa Rosa has been hit particularly hard, but many smaller communities and rural areas are also under siege. As of Wednesday, more than 3,500 homes and businesses […]

Don’t Text and Drive Is the message I’m about to read more important than my life?  This is question all drivers should pose to themselves while driving.  There are so many risk associated with texting and driving such as killing yourself, killing others, causing a car accident or just simply distracted by the conversation engaged […]

I’d Rather Not Just one question: Text and drive? Before screenshotting the last conversation I had while texting and driving, I was forced to stop and really think about the last time it happened, which is a good thing. In 2011, my oldest sister got hit by a car whose driver was texting and driving.  […]

Imagine it, you live at a lake town, it is 102°, no wind, and you about to have 5 days in a row off of work, could it possibly get any better? It definitely could not for me, but in one quick instant, it could have gotten unbelievably worse.  I had just gotten off work […]

Marissa C.
La Mirada, CA
★★★★★
Today, justice was served! Matt, thank you for taking on my case when others turned me away. You fought for me and kept me in the loop every step of the way.
Read more reviews →
Do I have a case?
Find out for free!
*We will never share your information